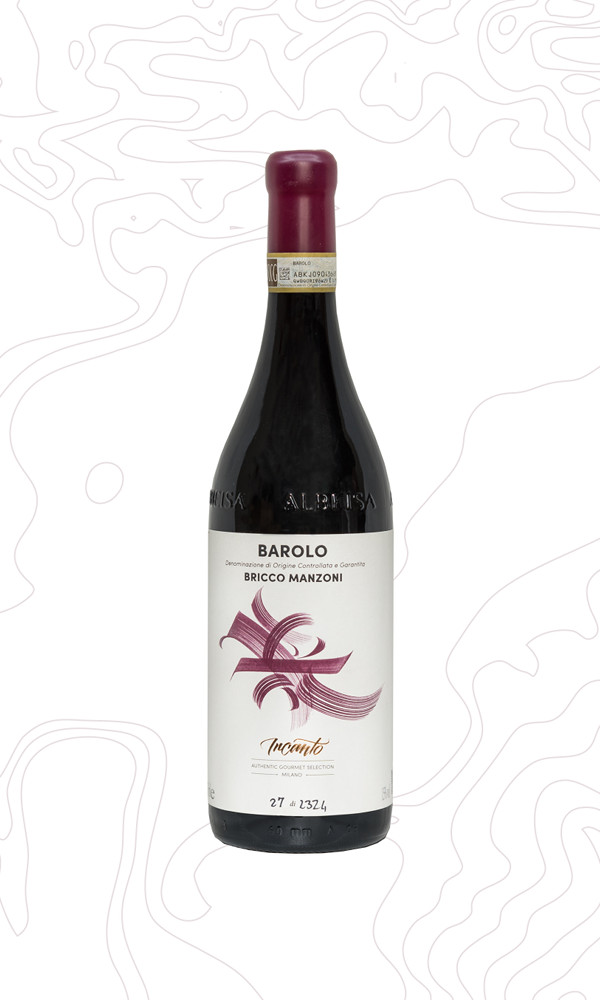 Our Barolo DOCG Bricco Manzoni is the fruit of the finest Bricco Manzoni terroir, inside the core of Annunziata, in La Morra area. A wine produced only in the best vintages, in limited quantities.

The vineyards are entirely located in the Bricco Manzoni terroir, one of the most precious of the La Morra area. The great value of this wine is also given by the limited production, yielding only 55 q/he, obtained only with grapes from two vines, respectively implanted in 1960 and in 1971. The Bricco Manzoni terroir is located at 260m above sea, exposed to south. The slope of the plot is between 25% and 40%. The soil, composed by both calcareous and sandy percentages, gives the wine roundness and structure, with great aging capacity.

Harvest starts at the beginning of October, carried out by hands. The selected grapes are left to fermentation with BRL97 Barolo yeasts for 10 days in stainless steel tanks. After the fermentation process, the tub is sealed for 7 days to carry out the carbonic maceration process, which gives structure to the finished wine. Aging lasts 22 months in small 225 l Allier oak barrels, in a special barrique cellar located in the Manzoni village.

Serve with: perfect with red and wild game meat. It combines greatly with braised and jugged deer.

More from our selection

We use cookies to ensure that we give you the best experience on our website. If you continue to use this site we will assume that you are happy with it.Ok